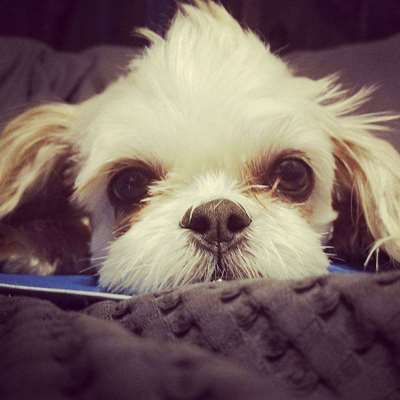 Nowadays you can see people doing videos daily and earning a lot of money while doing so. The same goes for doggies. There are dogs on the internet who became fashion gurus, sportsdogs or entertainers. We would like to introduce you 2 excellent dogs from the net.

Jiff always looks nice: his fur is always shiny and usually has something very nice clothes to put on. Jiff ”uploads” videos about himself taking test on a computer and finding out things like: which Disney movie he should watch, which Oreo he is, which job he should have. He is doing a great job with over one million likes on fb and with his own little webpage.

Jesse has a totally different style. It does’n mean neither that she is better nor that she is worse than Jiff. Jesse’s world is not so much about fashion and sparkling. She is a prime example to owners who think that training a doggy for doing tricks is really unnecessary. It’s just one thing that Jesse is a talented sk8ter girl… She can also open the door, make breakfast for you (that’s right she prepares stuff for you for a nice tea and toast), bring the phone to you when it’s ringing. What else do you need?

What do you think about famous dogs on the internet? Would you like your four legged friend to be one of them? If yes, what is his/her talent for which she could be famous?  Leave your comments, we’re interested in your opinion and doggie's talent. :)

My name is Aly and I would like to know if you would have any interest to have your website here at k9harness.com promoted as a resource on our blog alychidesign.com ?

We are in the midst of updating our broken link resources to include current and up to date resources for our readers. Our resource links are manually approved allowing us to mark a link as a do-follow link as well
.
If you may be interested please in being included as a resource on our blog, please let me know.